Gray is eliminated and didn’t make it far in Algodecathlon, but did better performance in Algicosathlon. Despite returning for Algicosathlon, he is shown to make some new friends.

Gray is a pretty friendly color, who is also really sad all the time. He is incredibly unlucky, but managed to stay for a while. 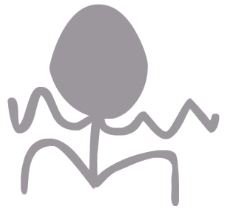 Retrieved from "https://algicosathlon.fandom.com/wiki/Gray?oldid=7458"
Community content is available under CC-BY-SA unless otherwise noted.